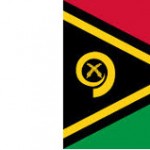 Vanuatu Prime Minister received the assurance from the Japanese Minister of Foreign Affairs, Mr Minori Kintchi, that Japan will fund some of the Cyclone Pan Reconstruction programme.
Both Prime Minister Natuman and State Foreign Affair Minister Kintchi exchanged notes of agreement where Japan has pledged to buy some heavy equipment to help Vanuatu rebuild.
A Japanese Foreign Affairs Official did not disclose how much Japan was willing to spend fr restoration of infrastructure in half of Vanuatu where the category 5 cyclone destroyed in March.
The amount will be decided by the Vanuatu government and presented to Tokyo, he said.
Prime Minister Natuman said